The Railway Inn was an old village pub in the Somerset village of Sandford. Sadly the building was rapidly failing into a state of disrepair even though it was still fully operational until 2014. The 140 year old pub was next to Thatchers Cider, who eventually bought it in order to extend the local watering hole and restore it to its former glory. The Railway Inn now has a traditional bar, a 62 seat restaurant and a beer garden and patio area.

As the pub was important to the local community, the aim was to keep as much of the original frontage of the building as possible. A large traditional oak frame was installed, and natural stone was used throughout with all materials being locally sourced. The area around the development was heavily landscaped in order to integrate into its country surroundings.

Emphasis was placed on sustainability throughout the project and the energy for heating and hot water at the Railway Inn is provided by Thatchers very own biomass boiler which is fuelled by the prunings from their orchard. The original railway signs from the old Sandford railway line have been retained and are positioned outside the pub along with two authentic oak vats which now house the cycle racks. 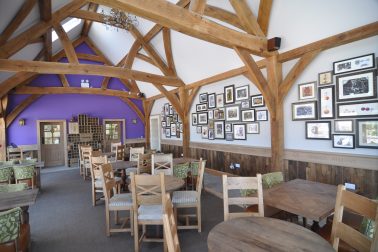 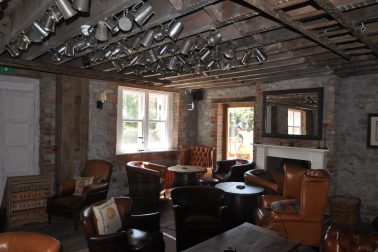 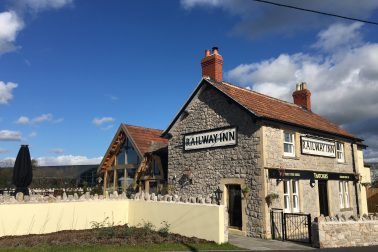 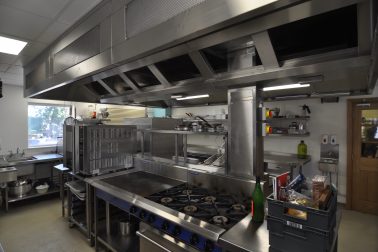